Hester Kaplan talks about The Tell, how we know the ones we love, social media and so much more 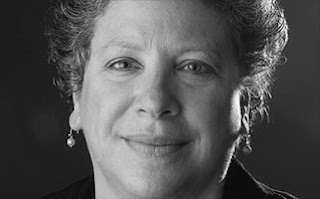 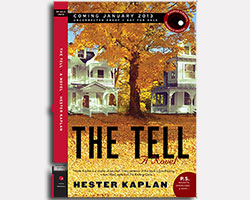 The Tell by Hester Kaplan, about marriage, loyalty, secrets, and how we really know the ones we love, is one knockout novel. Hester is also the author of i THE EDGE OF MARRIAGE (1999) which won the Flannery O’Connor Award https://www.acheterviagrafr24.com/viagra-100mg/ for Short Fiction, and KINSHIP THEORY(2001), a novel. Her stories and non-fiction have appeared in numerous literary journals and anthologies, including The Best American Short Stories series (1998, 1999), Ploughshares, Agni Review, Southwest Review, Story, and Glimmer Train. Recent awards include the Salamander Fiction Prize, the McGinness-Ritchie Award for Non-Fiction, and a fellowship from the National Endowment for the Arts.
She is on the faculty of Lesley University’s MFA Program in Creative Writing. I’m thrilled to have her here. Thank you, Hester.
All the characters in your novel are just achingly alive, and all have secrets, but Owen suffers the most. What was it like writing a character like that?
I feel a great affinity for Owen and his inner turmoil.  He’s a guy I’d like to know even better.  I think a writer must be intrigued by her own characters; there must be something still unknown about them.  What Owen wants out of life is elusive, even to him, and I could only help him so much, and then it was up to him.  When I wanted him to talk, he wouldn’t.
When we’re down or troubled or confused, we’re told that “talking about it” will help. I’m still amazed by how true this is, but also by how hard it can be to articulate and air your anguish.  This is particularly hard for Owen because he fundamentally doesn’t trust that he can be fully loved and forgiven for what he calls his “cowardice.”  Without that trust, secrets take on an enormous—and often debilitating—weight.
As I was writing the novel, I began to feel how Owen’s reluctance to reveal himself warped his perception of other people.  He was both suspicious and fearful of their secrets.  What was it like spending so much time with Owen? There were times when I was writing the book when I wanted to grab him and yell, “Wake up!  Can’t you see what’s happening?  Talk!”  Other times I wanted to sit quietly with him, tell him I knew how he felt, and begin to reveal some of my own secrets to levitra buy uk qatar him. He’s that alive to me.  (I also think he’s very good-looking.)
A lot of The Tell is about how well we know the ones we love. Do you think we ever can really know another person?
I think
http://www.viagragenericoes24.com/venta-de-viagra

we only imagine we can know another person, and it’s that imagining that exposes our own hopes and desires and fears. The imagining sparks our attraction to another person.  We think we know what someone else would do in a given situation, how they’d feel, what they’d say.  Sometimes we’re right, but more often, we’re wrong, and for me, that’s when things get interesting.

The trick is to not miss how and when someone “acts out of character,” because those are the moments when our understanding of them deepens, and we begin to see how much there is that we don’t know.  We stop seeing what is too familiar.  For the fiction writer, the character that “acts out of character” is a potential bomb.  Set him up in the scene and watch what he does.
As Philip Roth’s character in The Human Stain says about a man he’s always thought he knew: “A tiny symbol, if one were needed of all the circumstances of the other fellow’s life, of that blizzard of details that constitute a human biography—a tiny symbol to remind me why out understanding of people must always be at best slightly wrong.”  I have this quote hanging above my desk.
In real life, we construct our understanding of our loved ones based on necessarily incomplete information—think about all those events and experiences and thoughts you’re never let in on. Fiction allows the writer to explore the space between what characters know each about other..  What resides in this space is what we’re always after in fiction and life, and we can’t be afraid to muck around in it.
I love the sentiment in the novel that “people are safe when they are loved.” Can you comment on that?
To feel unloved is to feel the danger of being unseen. I’ve had the experience of going somewhere—running an innocuous errand, for example—and realizing that no one knew where I was at that moment or where I was going or what I had in mind.  It struck me that this is what feeling unloved is like—no one is watching, no one is expecting you, no one will notice when you don’t show up.  You might as well fill up the gas tank and drive forever.
When we are loved, and when we love back, we watch closely and we’re watched in return. When we are loved, we have a safe place from which to grow and explore, because we know we have somewhere and someone to return to. To be unloved is to have fallen over the edge of a cliff; you’ve disappeared.
Mira believes she is safe because Owen loves her and will always be home waiting for
http://www.viagragenericoes24.com

The novel is so ingeniously plotted and it builds to such a crescendo, that I want to ask you how you figured out the structure. Were there any surprises along the way for you?
For me, writing a novel is like being on one of those playground merry-go-rounds; I can jump off and get back on at any point, and then continue to go round and round.  I also get a little dizzy because there’s such circularity involved in writing a novel.  By the time I’ve gotten to the end of a draft, I know much more about my characters and where they’re going than when I started. Jumping back to the beginning—or any place, in fact—is about circling, about planting those clues for what happens later, about beefing up the details and images that will have centrifugal force by the end.
Plotting this course out doesn’t come easily to me, which is why I’m always drawn to the short story form.  In creating the world of my characters in this novel, I was often (happily) surprised by how a seemingly small decision by one character –Owen’s decision to pay Mira a surprise visit at work, for example–can give a new twist and turn to the plot.  While writing, I think it’s critical be open to the surprising places your plot and characters can lead you—and then go there.  This may lead you in a direction you hadn’t intended, but it may lead you where you need to go.
What’s obsessing you now and why?
I wish I were one of those writers who can jump into a new project as soon as they’ve finished the old one.  I need time to sweep out the corners of my head before I start refurnishing the place.  This doesn’t mean I’m not obsessing—and that’s the right word–about an idea I’ve had for a while: writing about the place where I grew up.
Over the past few months, I’ve been moving my parents from the house they’ve lived in my entire life.  Chucking junk, boxing books, going through photographs, watching rooms empty out—I’m listening to all the stories these things are telling me.  I’m keeping my eyes open for the details I’ve forgotten, and watching how they open up new rooms for me to wander in.  In this piece of nonfiction, I’m thinking about the connection between the physical and aesthetic environment and the development of character.
What question didn’t I ask that I should have?
Changing the subject from writing a book to selling a book, what’s struck me as I began the publication process
http://www.laviagraes.com/farmacia-viagra-online

of The Tell is how dramatically the whole business of book promotion has changed since my last novel. There were no blogs back then, no author websites or Facebook pages, and writers relied on print advertising and reviews to announce and promote their books.

So here’s a question for you: do you think the ways
http://www.laviagraes.com/viagra-barata-barcelona

we’re able to talk about writing online and on social media, and how in turn we’re able to we hear from readers, will begin to shape what we write next?

Thank you so much for posting this interview. I am in the middle of reading “The Tell,” and held in thrall to the
http://www.viagragenericoes24.com/

story, the language and most of all to the characters. This interview is so intelligently handled that I hear Hester’s voice throughout. My favorite line is about how ideas, details assume “centrifugal force” by the end of the novel. So true of hers. And I think that the direct support and commentary an author receives from her readers can only have a positive impact on the work. Good stuff.